Prof. Jonathan Zhu of the Centre gave a keynote speech at the Cloud Forum on Digital Society organized by the Chinese Association of Artificial Intelligence (CAAI) on 21 August. The event attracted over 210,000 viewers through several livestream platforms in mainland China, which represents the largest size of audience in his teaching career. 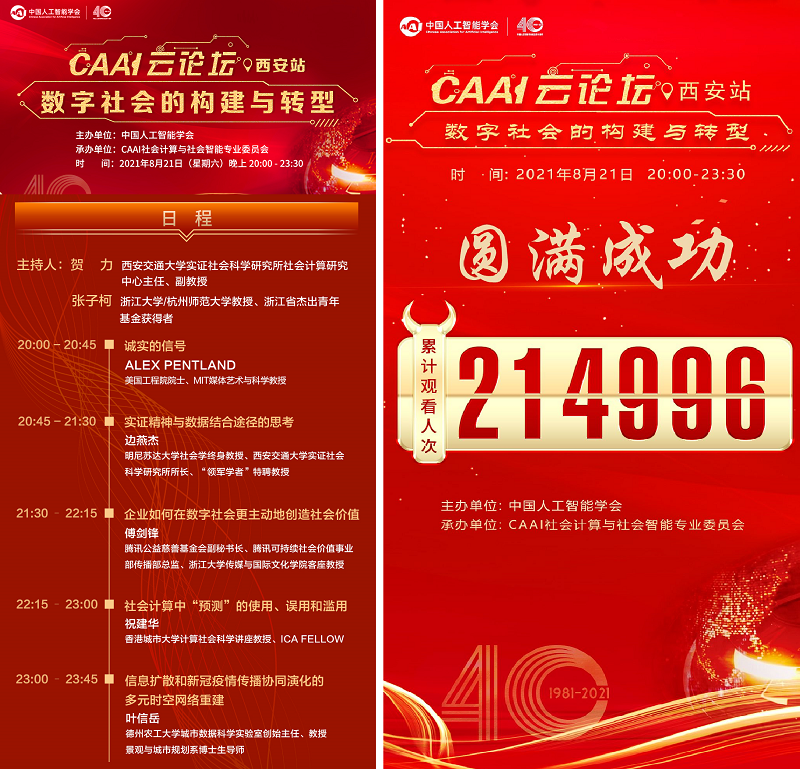 Jonathan’s talk focused on the use, misuse, and abuse of prediction in computational social science research (CSS). “Prediction” is unambiguously defined and used in daily life — statement about a future event. While frequently used in computational social science and other related fields, the word has been greatly extended to cases that have nothing to do with future time. Based on a review of CSS publications, Jonathan showed that most of the “predictive” studies are “projection” to the population under study, “explanation” of causal relationships, or “validation” of methodology, all of which involve only past or current time. In conclusion, he suggested CSS scholars to use these task-specific terms and avoid the unintentionally polluted prediction.